Mauritian seafarers faced with fines, cockroaches in ordeal to get home

The Mauritian government recently announced it would finally open its doors to the thousands of its own seafarers trapped around the world – but only by a slight crack. And there’s a few catches.

“I am a seaman and I want to go home, like anyone else,” writes Vishan Balkissoon.

Vishan is one of an estimated 2,000 Mauritian seafarers trapped on 21 otherwise empty passenger ships in 82 ports around the globe. They’ve been on these ships, far from friends and family, since the outset pandemic currently gripping the world.  It’s the plight of the Mauritian seafarers that made 2,000 people (including Vishan) sign a petition calling for the  Mauritian government to allow him and the hundreds others to return to their homeland.

“We know of several crew members who have lost loved ones at home while waiting,” the petition launched by Crew Centre reads.

Some of the stranded crew have terminally ill partners with only weeks, some days, left to live. “My nephew couldn’t even attend his father’s funeral last week,” writes Indira, one of the many family members of Mauritian seafarers who signed the petition. There are children waiting for their only parent to return home.

The Mauritian government reacted to the pandemic strongly early on - locking its borders to everyone, including its own citizens. The lockdown to the outside world ensured the small nation fared relatively well compared to other countries in battling the virus, recording just 341 cases. But a near-Covid-free paradise is little solace for the thousands of Mauritian nationals who remain in their own isolation – onboard the world’s ships. “My husband is still on board... shame on our Mauritian government,” writes Beeharry.

According to the ITF, a growing number of seafarers who are caught up in the crew change crisis have been onboard their vessels for more than the 11 months legally allowed under the Maritime Labour Convention. Some have been on longer than 15 months.

Many petitioners who need their brothers, nephews, boyfriends and partners back home describe the shocking conditions the seafarers are enduring in these ‘floating prisons’. One person wrote that crew were “under huge trauma and the anxiety is taking a toll on their mental health”. “I know they go through many problems – insomnia, depression,  lack of money,” wrote another.

Getting the seafarers off cruise and cargo vessels has become a humanitarian emergency. Locked borders by port and transit countries have been a problem until recently, with a handful of countries now opening up to allow crew changes. Canada and Hong Kong both recently introduced crew change protocols. But for the Mauritian seafarers, there isn’t much point in getting off in Vancouver or Hong Kong, if your home country won’t take let you fly home.

Even if an employer wanted to bring Mauritius seafarers back to their homeland by ship, as many cruise lines have been doing internationally, they are prevented by the Mauritian from berthing and disembarking their Mauritian crew. The block has been in place since before 22 March, when the Mauritius Ports Authority simply announced that “no request for crew change will be entertained until further notice”. But that hard-line policy is beginning to crack.

In a recent video to Mauritian Prime Minister Pravind Jugnauth, two hundred of his own citizens, stranded on a Norwegian Cruise Line vessel the Norwegian Epic, begged their leader to open the border to his own people and allow them to come home.

The Norwegian Epic became something of a floating hotel for crew from different nationalities waiting for repatriation. Week by week more seafarers went home. Their governments helped them. The Mauritians remained. Until now.

Whether it was their calling-out of their PM in the media or some other reason for a change of heart, the 200 Mauritian seafarers stranded on the Norwegian Epic were repatriated on June 28.

Sadly, successful cases like the ‘Epic’ remain more of an exception, than the norm, when it comes to getting home for Mauritian seafarers. A number of cruise vessels were turned away in the last fortnight as they attempted to return crew to Port Louis, the capital of Mauritius.

Fined to see their own families

But things seemed to change for the better in June, when the Mauritian government announced it would open the doors – a slight crack – to its own seafarers. A small but consistent number would be allowed back. The island nation would stagger the intake of its own people: 150 at any one time.

But there is a couple of catches to the Mauritian government’s new kindness to its own seafarers.

Firstly, crew can only return to their homes and families if their employer uses Air Mauritius, the government-owned airline that has been struggling financially since Covid-19 hit the island nation’s tourism-dependent economy.

Flights are expensive, there aren’t many, and they fly from a limited number of locations. Companies are not allowed to charter other companies if they want crew to return home.

Secondly, the government said seafarers would only be allowed ashore if cruise lines berthing for crew change pay the government USD1,300 per seafarer getting off, plus the costs of 15 day quarantine and testing for Covid-19. The government charges even more if any crew test positive.

The controversial policy, which is set to put the brakes on any rush towards crew repatriation, has been met by dismay from crew, their families, and the cruise companies expected to foot the bill.

Akshaye Madoo, a Mauritius-born guest administrative officer at Royal Caribbean International in Texas, USA, calculated that repatriation costs would total USD2,600 for each seafarer.  This would amount to USD10.4 million to cover the 4,000 Mauritian seafarers estimated to be in the cruise and cargo industries, he said.

“They are trying to extort money from cruise line companies,” Madoo said, outraged in an appeal on YouTube, adding it would put jobs at risk. “It’s a scandal, it’s a black day for Mauritius seafarers, because we cannot return to our country.”

In summing up the situation, journalist Tom Casey writes that “thousands of cruise crews have been kept in the dark indefinitely”, “Caught in the middle of a dispute between cruise corporations and governments over who will foot the bill for their repatriation.”

Dirty, squalid conditions for some who make it ashore

While until recently the Mauritian government made it clear it doesn’t want its own people back during this pandemic, for some of those who have navigated all the rules and charges levied by Jugnauth’s island nation and finally made it ashore, the conditions awaiting them have much to be desired.

Photos taken by seafarers show some isolation facilities with mould covering the walls, run-down, broken buildings, cockroach infested quarters and dirty linen. While this may not the the case for all quarantine locations – is it acceptable for any? 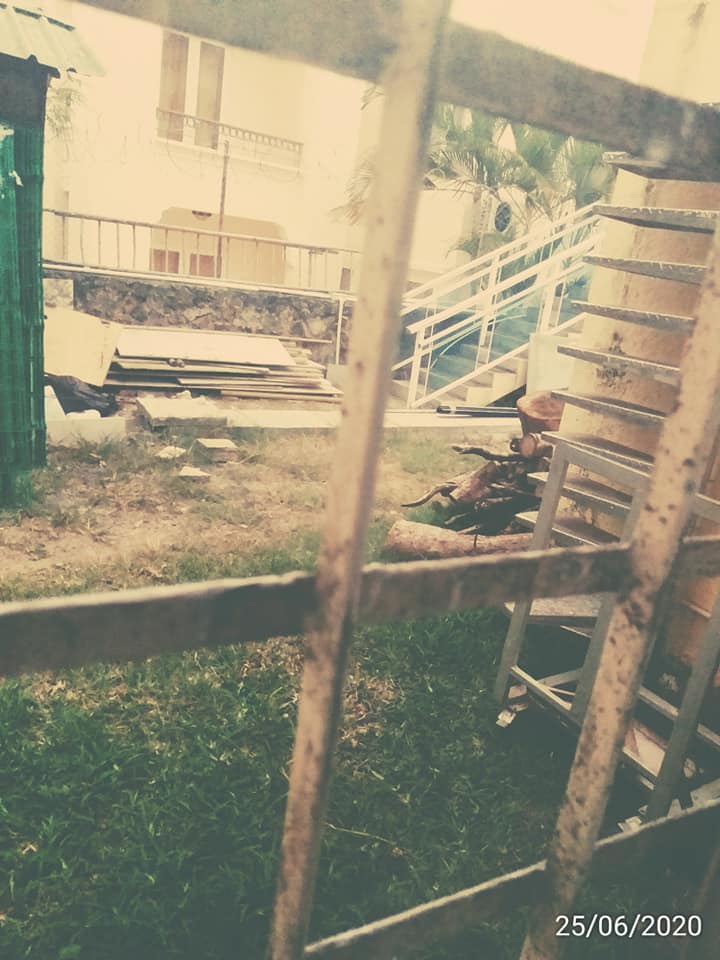 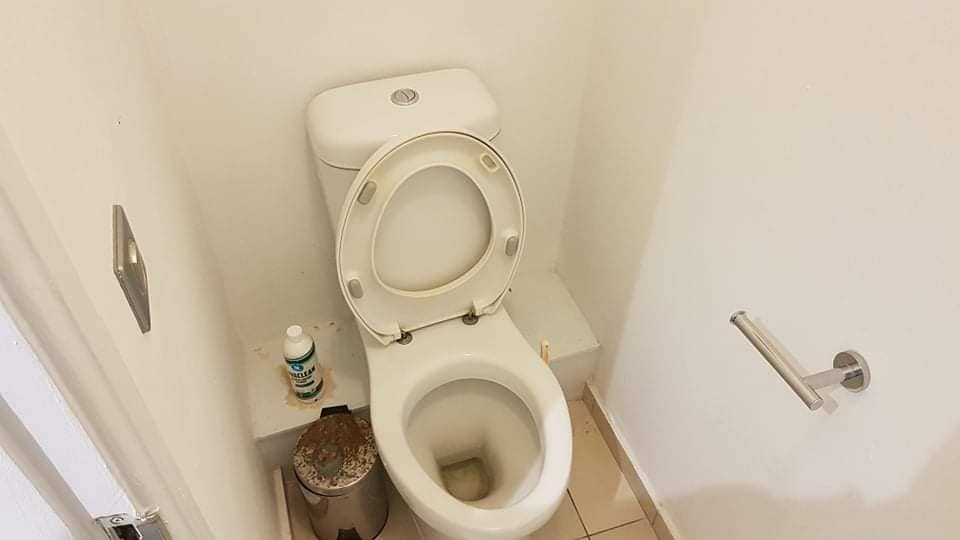 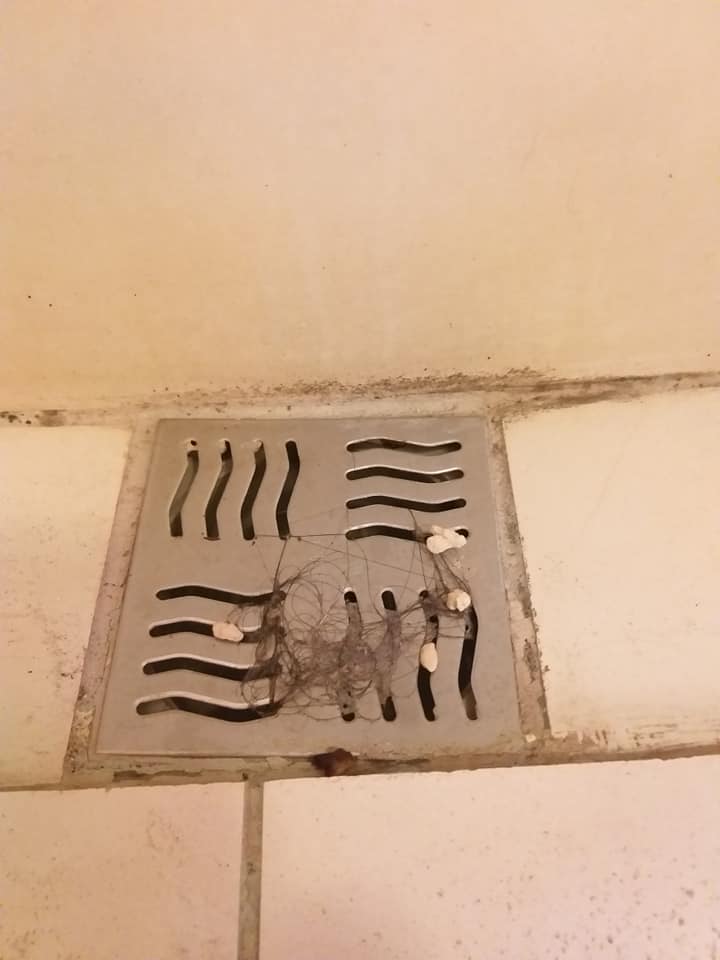 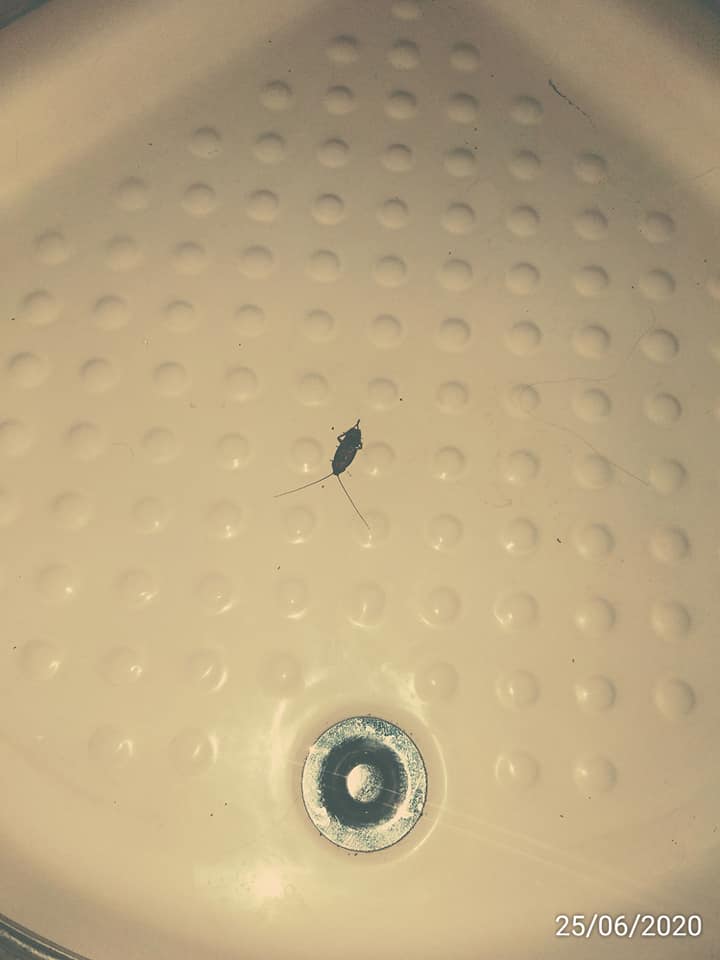 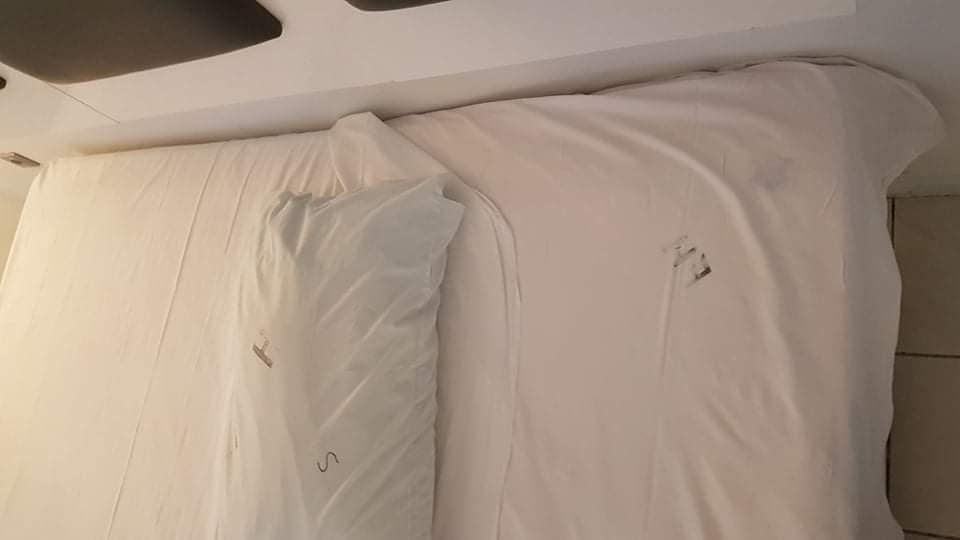 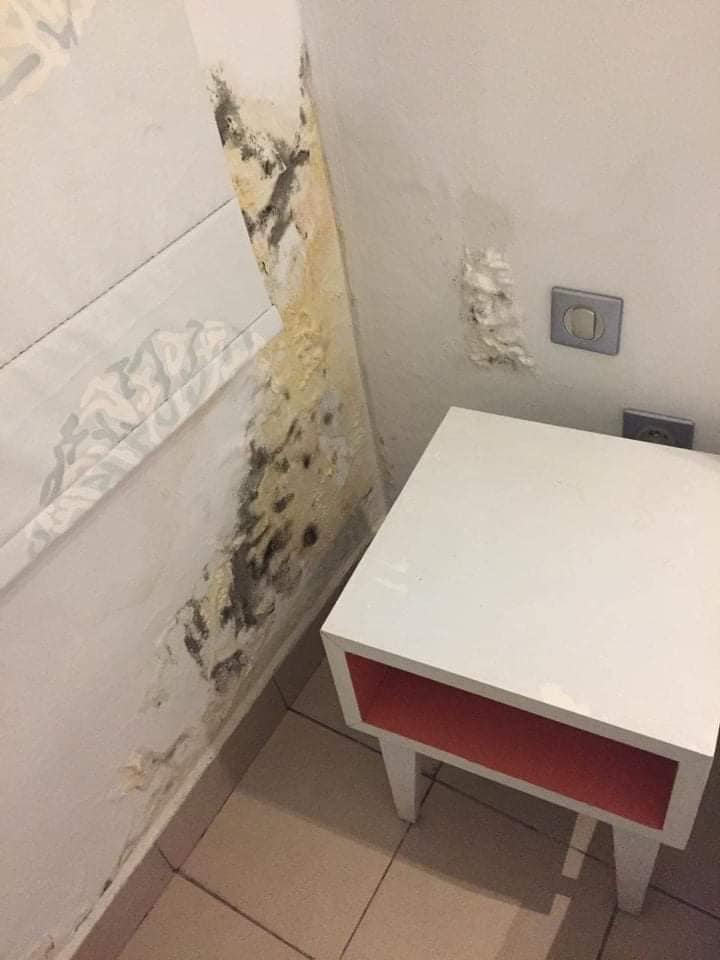 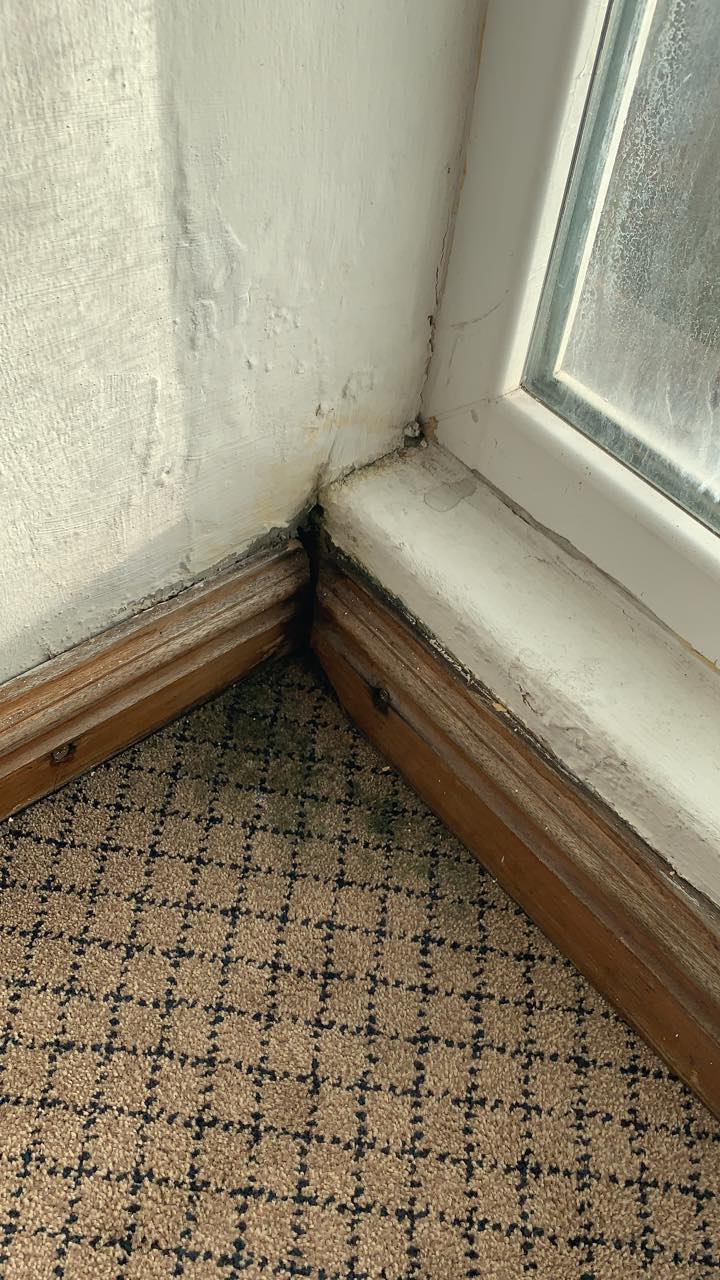 For a country aiming to recover its important international tourism industry, the leaked photos could prove disastrous. The images confirm a sad continuation of the government’s disdain for its seafaring workforce and the unevenness of its repatriation process.

ITF Inspectorate Coordinator Steve Trowsdale says the Mauritian government should be ashamed of their treatment of their own seafarers.

“Here is a country that has benefited so greatly both from bringing international tourists ashore, and by receiving the wages of thousands of Mauritian seafarers working hard on cruise and cargo ships the world over. It is abhorrent that they would turn their backs on their own people in an hour of need, and insult them further by extorting them for the simple wish to come ashore and see their families,” said Trowsdale.

“We’re going to keep up our pressure on the Mauritian government. They have a very valuable international brand. With a good global image, comes the responsibility to assist seafarers to get off and get home with dignity and respect,” said Trowsdale.